In addition to the conference, Berkeley Graduate Students are helping organize two other events that will compliment some of the themes being explored by our panels. We encourage those interested in the conference to also attend the film screening and workshop. 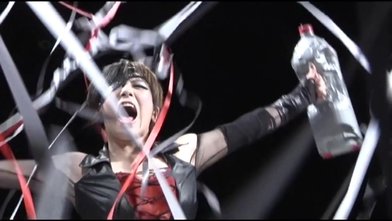 Film Screening: Gamushara (Live Recklessly)
Hidekazu Takahara, 2015 (102 Minutes) | In Japanese with English subtitles
Thursday, April 6, 2017 | 6:30 p.m. |142 Dwinelle Hall
In Hidekazu Takahara’s Gamushara (Live Recklessly), professional wrestling/joshi puroresu star Yuka/Act Yasukawa confronts her own past sexual trauma through the performance of violence in the ring.  The fluidity between Yuka and her wrestling persona Act raises key questions: what are the documentary's limits in crafting a vision of a shifting identity, when so much of its subject’s personality is performed? Where is the Act in Yuka and the Yuka in Act? Where does Act's act begin? As a film that cannily and critically engages with the genre aesthetics of both documentary and pink film, the unreleased Gamushara has been heralded as a major work of documentary cinema by preeminent Japanese filmmaker Hara Kazuo.

Takahara, and the subject of the film, Yasukawa, will be on hand for a Q &A following the film. This will be an exciting opportunity to discuss the film with its creator and principal actor to probe the tensions between performing a transgressive femininity on camera and in the wrestling ring. 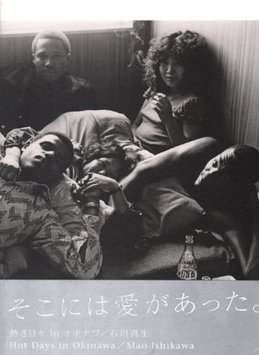 Looking at Okinawa: Race, Gender, Nation
Sunday, April 9, 2017 | 10:00 a.m. | Moffitt Undergraduate Library, 340 (BCMN Commons Seminar Room)
We will initiate this dialogue with a lecture by photographer Ishikawa Mao, whose work explores the complex relationships of gender, race, and national identity in Okinawa and Japan. Her works have included including candid photographs of African American servicemen and their Okinawan and Japanese wives and girlfriends in Okinawa in the 1970s; and portraits of Japanese and Okinawan people with the national flag of Japan, interacting with it in various ways to demonstrate their complicated and often troubled relationship with the nation of Japan. Ishikawa is to give a slide show and talk about her work, focussing on her photographs of African American servicemen.

In the afternoon, we will hold a discussion between scholars, students, and members of the public, to be led by Professor Wendy Matsumura (UCSD) and Professor Annmaria Shimabuku (NYU), who, from the fields of cultural studies, sociology, and history, have been engaged in thinking about the role of Okinawan studies and its place in Japanese studies more generally. We will discuss what it means to study Okinawa in the American academy, and, drawing on Ishikawa's work, we will examine the complicated role of race and gender in Japanese studies and Okinawan studies.